Clear the background check, drug screening test, and pass through a series of scripted behavioral based interviews with Hire Image. That sounds like a great process until about three weeks after hiring the candidate you find out they omitted something from their application. They have a problem with taking feedback and clearly aren’t a fit for your brand.

Without any extreme changes to your current process here are five quick adjustments to make in your next interview with the goal of obtaining more truthful statements than you have in the past.

Get out from Behind the Desk

In a one-on-one interview, it is common for the interviewer to sit behind their desk, in their office, with all their accolades hanging on the wall behind them. If you happen to walk into a room and you observe someone sitting behind a desk, immediately you associate that person as a decision maker, the judgmental authority figure. This is due to years of conditioning from walking into the boss’s office, the principal’s office or a courtroom – the decision maker is behind a desk. When we determine why people lie, we need to consider the fact that they are afraid that speaking the truth may result in a negative decision or judgment. The simple fact that the interviewer is positioned behind a desk only amplifies that fear which, in effect, reduces our chances of obtaining full transparency. Attempt your next interview next to a desk, in an open conference room, or somewhere that doesn’t shout judgment when they walk in the room.

Similar to our last point, people may be fearful of disclosing the truth because it may label them in a negative fashion or eliminate their chances of landing the job. We need to help remind the candidate that great employees may still have imperfections in their past. If you really put this into perspective, we genuinely think of ourselves as good people and good employees; however, we’ve all made some decisions in our life that we may not be too proud of. Prior to asking a question of your candidate, it’s important to show understanding that most candidates have made errors in judgment in the past.

For example, if you are going to ask your candidate about any disciplinary issues they have had, you should set up that question beforehand. Simply explain how sometimes good employees may have acted out of character because they were short on time, rushing a project, aggravated with the company, or maybe just not trained well. Often these acts result in coaching by their employer, but we understand everyone makes mistakes and successful people learn from those mistakes; when was the most recent time you’ve received some type of coaching at work?

Yes, it’s awkward to sit in silence while somebody in the room has their mind racing attempting to think of an answer. Allow it to happen. Often, interviewers become uncomfortable with silence and fill it with a whole bunch of nonsense. In our effort to ultimately have full clarity it’s important to allow the candidate to process their thoughts and provide an answer. However, this is not the only time silence is important. An interviewer may hear a word or a part of the candidate’s answer that triggers a follow-up question. This is a great approach to continuing to expand on a specific issue, but it’s important the interviewer allows the candidate to completely finish their answer before asking another question. Interrupting the candidate during their answer may cause them to lose their thought process or prevent them from providing further information and it’s also aggravating for a candidate who is trying to justify their qualifications. When conducting a thorough fact-finding interview – it’s important for the subject or candidate to convey their entire thought process without contamination from the interviewer.

Stop with the “Yes” or “No” Questions

Simply put, if you ask someone a “yes” or “no” question and they feel they will be discredited by saying “yes” then they will quickly say “no”. However, if we phrase the question differently to allow the candidate to think about their answer and minimize the negativity of their admission it will result in more transparency. For example, asking the candidate – “Have you had any attendance issues in the past year?” will result in a quick “No”. Instead, ask it assumptively – “How many days were you late to work in the last year, any more than 15?” Now, when the subject thinks of their answer they could tell you “No, not that many… maybe like 5 days”. Allowing the subject to minimize their admission from an exaggeration will make it easier for them to be truthful.

We Know What Happens When We Assume

This should be an obvious point – but all too often it is overlooked. When reviewing a candidate’s resume or application sometimes the interviewer makes assumptions without realizing it. The interview is a chance to dig further into the candidate’s qualifications, experience and personality; it should be anything but a formality. Assuming a candidate understands the amount of travel, type of work, or daily structure of the job they are applying for can be a disastrous mistake. Also, in review of a resume we make several assumptions. If a candidate has a prior job title that includes “Manager” it doesn’t necessarily mean they managed anybody or have managerial experience. The candidate lists a college or university on their resume for “education”, does not mean they actually graduated with a diploma. It’s important that an interviewer takes a critical look and identifies any gaps or assumptions prior to the conversation so they can ask the candidate to clarify.

Before you go through your next candidate interview in the same fashion you’ve been conducting them – I challenge you to review the above points and see if it results in a more open and truthful dialogue. Hopefully the truth doesn’t scare you away from the candidate, but if it does, aren’t you glad you discovered that before the offer was made? 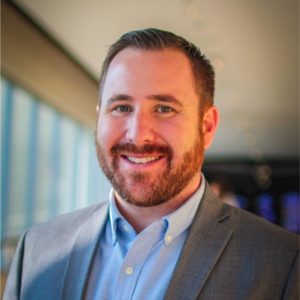 David Thompson, CFI, is the Vice President of Operations with Wicklander-Zulawski & Associates, Inc. (WZ).  He is responsible for the day to day operations of WZ, as well as strategic planning and the evolution of interview and interrogation content.  David has also served as the Director of Investigations giving him the opportunity to manage a variety of cases with Hire Image while conducting interviews and consulting on investigations ranging from theft and fraud to sexual harassment and homicide.  David has contributed opinions on behalf of WZ for a variety of cases and has been cited by the Federal Court of Appeals for his involvement on the topic of interview and interrogation.