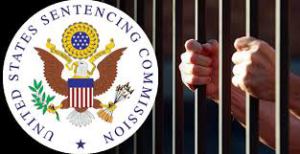 Reintegration into society for individuals with a prior criminal record should be fair and balanced for all parties involved. Ignoring workplace safety and limiting an employer’s use of background checks should not be the focus of reintegration efforts.

Securing a steady job is a key component of reintegration. Programs to help with drug and alcohol addictions, mental health issues, and educational or vocational training would be very beneficial for those with prior criminal records, their families and society as a whole. However, the focus should be on rewarding employers who can and do hire those with prior records rather than punishing those employers who cannot.

The White House’s Fair Chance Pledge represents a welcome, holistic approach to helping the formerly incarcerated get back to work. The Pledge, for example, urges businesses to thoughtfully and voluntarily assess their internal hiring practices in order to consider ways in which they can eliminate biases and find potential roles for those with a criminal past in their workforce. It doesn’t mandate restrictions on businesses but, instead, seeks buy-in and collaboration.

Nearly 80% of released prisoners were re-arrested for a new crime within 5 years.

Over the last several years, laws have been enacted at various jurisdictional levels that serve to limit an employer’s rights when it comes to vetting the background of their potential employees. Lawmakers, in their well-meaning eagerness to “level the playing field,” have nearly taken employers completely out of the game. They need only look at two of their own studies to understand how important background screening is to an employer’s ability to assess and mitigate risk.

In 2014, the Bureau of Justice Statistics released a study that revealed the recidivism patterns for prisoners released from jail between 2005-2010 and found a staggering 76.6% of released prisoners were re-arrested for a new crime within 5 years. Of the 1.2 million crimes committed during that five year period, 48.4% were committed by those with a prior criminal history.

The U.S Sentencing Commission released the results of a study in which the recidivism rates for all 25,431 federal criminal offenders released from prison or put on probation in 2005 were tracked for a period of eight years. Among the key findings, the Commission reported:

These findings come as no surprise to the team at Hire Image. In fact, nearly 14% of the background checks we’ve compiled in one month (April 2016) contain a record, and, of those, nearly 10% include multiple offenses.

Chief Judge Patti B. Saris, chair of the Commission, articulated a key benefit of the study as follows: “Many offenders recidivated more than once. Knowing how often offenders recidivate and for what crimes can provide important information to policymakers about how best to address overcapacity of the prisons, to protect the public safety, and to promote effective reentry with rehabilitation.”

A priest in Florida was murdered by a career criminal he was attempting to help through an outreach program for men who had recently been released from prison. The Reverend Rene Wayne Robert was aware of his assailant’s criminal history and, despite the fact that he was trying to help him get back on his feet, he became his next victim.

In Washington D.C., a prominent business man and his family were held for ransom and then murdered by a former employee with a criminal record whom the business man had given a second chance at employment in his welding business.

With the frequency of recidivism playing out in the news and with such tragic endings, as well as when faced with evidence from their very own studies, how can lawmakers continue to enact new and more restrictive laws that deny employers the right to know who is in their midst?

For common-sense reintegration efforts to truly take hold, lawmakers should look at the numbers supplied by their own agencies, recognize that businesses must continue to have a right to look at criminal history in order to mitigate risk in their workplaces, and come up with creative ways to assist reintegration efforts without imposing new laws. Tax incentives are a great start and would, without a doubt, be appreciated by those businesses that are taking the risk to employ individuals with a criminal history. Even more powerful would be the creation of a re-entry certification program whereby the government attests to and backs the individual’s fitness for the workplace and provides immunity for the employer who relies on those certifications. Simply continuing to impose new laws and rules that force employers to relinquish control over their own business processes, decision-making, and risk without receiving any benefit is unacceptable.

Programs that focus on helping individuals gain skills that may have been lost or never learned due to years behind bars, should be applauded. Our hope would be a shift in the onslaught of laws that keep businesses from performing the best due diligence possible to keep their workplaces safe, and a move toward the introduction of programs that truly help individuals find their productive place back in society and that reward employers who are able to help in that effort.