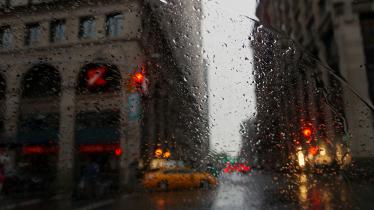 In our blog entry from October 2014, we commended ride-sharing service company, Uber, for taking the initiatives to ensure the safety of its customers by implementing policies requiring background checks of all its drivers. After a string of assaults and vehicular accidents, Uber instituted screening procedures that closely examined each driving applicant’s county courthouse records going back seven years (for every county of residence), federal courthouse records going back seven years, multi-State Criminal Database going back seven years, national Sex Offender Registry screen, social security trace, and motor vehicle records (historical and ongoing). The system put in place by Uber is a considerable improvement over the lack of thorough screenings that previously existed.

But Uber remains under scrutiny for its screening business practices. In a recent lawsuit, San Francisco District Attorney’s office prosecutors are challenging Uber’s claim of performing “industry-leading” background checks on its drivers arguing that, without fingerprinting applicants, Uber cannot possibly be taking all necessary steps to ensure customer safety and is, in fact, giving customers a “false sense of security.”

The belief that fingerprinting constitutes a ‘thorough’ background screen is greatly flawed. (See our blog about the pitfalls of relying on the FBI database.) Placing a high value on fingerprinting results is a myth perpetuated by popular television shows such as CSI where detectives identify suspects and criminals via an FBI fingerprint database with 100% accuracy. While the science behind fingerprinting is invaluable, the database linked to those fingerprints is simply unreliable. The reality is that records in the FBI database are incomplete and inaccurate – and professional background screeners know this. In 2006, the FBI acknowledged its fingerprint-based repository is limited, noting that it’s missing disposition information in about 50 percent of its records. Sadly, not enough legislators know this fact — but they need to. Hire Image looks forward to working with legislators to add the words “either/or” in all legislation mandating fingerprinting to give employers the option of using either a professional background screening company or the FBI database. Applicants and employees will benefit from the increased consumer protections and employers will benefit from the efficiencies and thoroughness of the searches.

In addition to facing accusations about its background checks, Uber is also engaged in multiple separate lawsuits. The most recent involves driver Abdul Kadir Mohamed who alleges Uber violated the Fair Credit Reporting Act by firing him after running a background check performed outside of the legal scope of the FCRA regulations. Specifically, Mohamed claims he signed no sole disclosure regarding the consumer report procurement, required under law. He alleges that he did not receive a copy of the consumer report that caused him to lose his job, nor did he receive a pre-adverse action notice which would have provided him with the opportunity to dispute the findings. Mohamed says he never received notice of his rights regarding the report.

Cases like Mohamed’s are nothing new. CVS, Domino’s, K-Mart and Disney have all shelled out millions in class action lawsuits just like this one. Clearly, the importance of compliance cannot be overstated. Keeping up-to-date with FCRA rules, regulations and forms is something many organizations aren’t able to do without a professional background screening company working to guide them. Our blog from March outlines the three most common FCRA violations in HR procedures that have not only come under recent legal scrutiny but also resulted in class action lawsuits against employers – all of which could easily be avoided by taking standard compliance steps.

It is imperative for employers to understand their legal obligations and have compliant procedures in place. Learning lessons from companies like Uber who are unfortunately in the spotlight is but one way to evaluate your own best screening practices. Utilizing the services of a solid, accredited background screening company like Hire Image is the best way to ensure your screenings are thorough, and to reduce your risk of compliance lawsuits.