AR Takes Employer-Focused Approach to Medical Marijuana in the Workplace 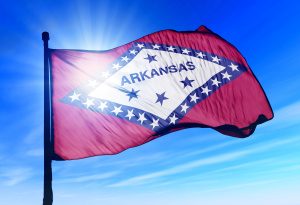 Arkansas amended its Medical Cannabis Amendment in favor of employers

In November of 2016, Arkansas legalized medical marijuana in Initiative 6, the Arkansas Medical Cannabis Amendment (MCA). Since then, Arkansas has taken steps that demonstrate the state has an employer-focused approach to marijuana when it comes to the workplace.

The MCA allows “qualifying patients” with certain medical conditions to purchase cannabis from state-licensed dispensaries When it comes to employers, the MCA, like most legislation in other states, makes it unlawful for an employer to discriminate against an “individual” based on his or her past or present status as a “qualifying patient.”

In an effort to clarify the obligations and restrictions on employers, Arkansas recently amended the MCA. Some of the more significant changes include:

• The MCA now only applies to employers with nine or more employees (employers with 8 or less are not subject to the MCA’s anti-discrimination provisions).

• The anti-discrimination provisions now apply only to “applicants” and “employees,” not all “individuals.”

• An employer now cannot be sued under the MCA in the following circumstances:

– if he or she is acting on a good faith belief the marijuana was possessed or used on the premises of the employer or during hours of employment.

– if her or she is acting on a good faith belief that the employee or applicant was under the influence of marijuana while on the premises of the employer or during hours of employment.

– if excluding or removing an employee or applicant from a “safety sensitive position” based on the employer’s good faith belief that he or she was engaged in the current use of marijuana.

• The MCA has a one year statute of limitations.

• Damages under the MCA are statutorily capped.

• Individuals, such as managers or supervisors, cannot be individually sued under the MCA.

Employer Takeaway: Employers should update their written policies and implement new practices if operating in a state with a medical marijuana law. Drug testing policies and procedures should also be reviewed and updated and “safety-sensitive” positions should be identified, along with written job descriptions for them.