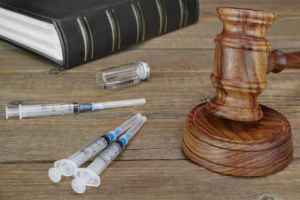 Can a drug screening policy keep a company out of legal hot water? What should be included in such a policy in order to ensure a company – and its employees – are protected from lawsuits or harm?

All human resource policies are created to protect employees and companies from unsafe and discriminatory actions, and to keep the workplace fair. Let’s face it: having something in writing to refer to when an employee misbehaves or steps out of line helps HR managers and employers hold the employee accountable. Having a written guideline for employees regarding rules, regulations, and ethical or compliance standards provides a framework for enforcement, and inherently can be the most basic foundation for protecting a company should a lawsuit arise.

When it comes to drug screening policies, specifically, there is no tried and true universal template or “must haves” for what should or should not be included. According to Andrew Prescott, Esq., a partner in the Labor and Employment practice of Nixon Peabody LLP, the components of a policy depend upon the type of drug testing a company is conducting and the specific legal authority for doing it. “For example, an employer may be required to test candidates and employees under certain state and or federal laws, so its policy will need to conform to those laws and may need to be approved by a particular agency with jurisdiction over the employer.”

There are three types of drug testing categories that employers fall under, as follows:

For those companies who are subject to mandatory testing under federal statutes and agencies (such as the Fair Housing Act and Department of Transportation), their drug screening policies must conform with the respective statutes and regulations and must be approved by the agency with jurisdiction over the employers. Typically, these are very detailed policies and should be created by a human resource professional and reviewed carefully by an employment attorney.

Every employer is encouraged to voluntarily enforce a drug-free workplace, but some federal contractors and all federal grantees must agree to provide it under the Drug-Free Workplace Act of 1988 or face non-compliance penalties for failure to do so. The U.S. Department of Labor website provides a helpful summary of which employers are covered and what they are required to do under the Act.

Attorney Prescott adds, “It’s wise for all employers to use the Drug-Free Workplace Act as a guideline for their policies about drugs in the workplace because of the safety risks created by employees impaired from drugs while on the job or possessing drugs on the employer’s premises. The employer should create a drug-free policy statement to be given to all employees on the possession and use of illegal drugs and unlawful use of prescribed medications in the workplace. This statement should clearly convey that it’s against company policy and may be cause for discipline up to and including termination. It’s important to specify actions that will be taken against policy violators.”

This category includes employers who seek to test employees under state law that permits testing under certain circumstances. An example of this is a company who wishes to test an employee who appears to be impaired at work. States have various laws for pre-and during employment testing. For example, in Rhode Island, statutes permit employers to test employees whose behaviors provide the basis for believing the employee’s use of a controlled substance impairs performance of their job.

Some statutes require that in order to conduct such testing when cause exists, the employer must have in place a policy that describes rules and procedures for testing when warranted. As follow up, employers need to demonstrate their employees have received a copy of such a policy. The most typical way to do this is to have the employee sign an acknowledgement of receipt. When instituting new policies or updates, the employer will have to decide how to disseminate revisions.

“Courts and administrative agencies are growing accustomed to electronic communication in the workplace,” states Attorney Prescott. “An email with the policy attached in most cases is sufficient proof an employee received a copy of the policy. Also, e-generated receipts showing the email went to and was opened by the recipient is an inexpensive yet effective and legally sound tool that can be used by employers to prove this.”

What about medical marijuana in drug screening policies?

The legalization of marijuana and use of medical marijuana presents a complication. State laws may prohibit employment discrimination but not prevent an employer from taking action against an employee who possesses marijuana in the workplace or is performing impaired as a result of use. Employers need to make sure policies are consistent with any workplace protections afforded to employees under state medical marijuana statutes.

The newest wrinkle involving medical marijuana lies in applying reasonable suspicion testing involving employees who aren’t subject to Federal law. If they test positive for marijuana, what are the consequences? That is a gray area for employers and employees not subject to mandatory federal testing. Attorney Prescott points out that under some state laws it is unclear what an employer should do with an employee who is legally authorized to use, tests positive, but has not exhibited signs of demonstrable impairment. “The intent of the current laws is to decriminalize use of marijuana for medical purposes and prohibit discrimination against such users,” he comments. “In so doing, how far does an employer have to go to tolerate impairment? Or decide the amount of drug allowed in an employee’s system during working hours? These questions will most likely be litigated to some degree, as they remain unanswered.”

“Proceed with caution in adopting verbatim any policy from an online source,” Prescott adds. “Make sure someone with expertise has reviewed your policy. Templates are useful as a start in drafting a policy, but may not be fully compliant because of state law differences or industry-specific mandates. The policy may not have been updated to reflect changes in laws pertaining to drug screening. It could have been compliant at the time it was written but may be no longer so.”

Where do most companies get into legal hot water with policies?

Most problems arise in the application of a policy to a particular circumstance. By necessity, policies have general concepts that need to be applied with great care. “If a drug screening policy permits testing under certain behavioral circumstances, it is critical that the employer have and document evidence proving that such circumstances existed,” Attorney Prescott states. “Most disputes have arisen in situations where an employer conducted random or reasonable suspicion testing, took disciplinary action, and the employee challenged the company’s justification to test or the results of the test. It’s not the adoption of the policy which gives rise to litigation, it’s the application of the policy in situations where adverse employment action was taken.”

For example, an employer smells alcohol on an employee’s breath, but it was an underlying medical condition causing the breath to smell ”sweet” and mistaken for alcohol. Other examples of mistaken impairment can be the lawful use of prescribed medications with side effects, or even fatigue or mental health.

“An employer can best protect itself by acting only when it has requisite grounds for requiring a drug test,” concludes Prescott. “The employer then must communicate the concerns to the employee up-front, provide the employee with a reasonable opportunity to explain his or her behavior, and document the employee’s actions and explanation. This is so that the employer can prove the legitimate basis for its actions should any legal issues arise.”