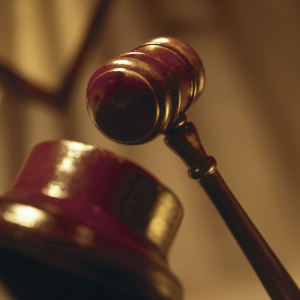 In the past year, we have seen a large increase in the number of FCRA-based class-action lawsuits. A number of widely known companies such as Domino’s, K-Mart, ClosetMaid, Disney, CVS, and Whole Foods have been hit with lawsuits claiming they did not meet their requirements under the Fair Credit Reporting Act (FCRA). The three main areas of FCRA being placed under scrutiny are the employers’ neglect in properly providing the proper FCRA Summary of Rights, utilizing a compliant Disclosure and Authorization forms, and the use (or neglected use) of Pre-Adverse and Adverse Action letters. Here is information on how to stay in compliance with FCRA requirements, and some highlights of cases where non-compliance is alleged.

• The FCRA summary of rights must be provided to the applicant before performing a background check and also if/when a Pre-Adverse action letter is sent to the applicant. In order to stay in compliance with the FCRA, this summary of rights must be given to applicants at both times. The latest form can always be found at http://files.consumerfinance.gov/f/201410_cfpb_summary_your-rights-under-fcra.pdf

• Disclosure and Authorization forms must be stand-alone documents. They should not contain extraneous information, and they must be given to applicants at the proper time. Before performing a background check, an employer must disclose in writing to an applicant/employee that he/she will be the subject of a background screening. The employer then must obtain a signed authorization from the applicant/employee permitting the background check. The FCRA allows the disclosure and authorization forms to be combined into one document; however it must be a stand-alone document and not made a part of the employment application. It is also important not to have a release of liability included on these forms.

• Employers must notify applicants when an adverse employment decision is made based on any part of a background check. The FCRA requires a Pre-Adverse Action letter be provided to the applicant to give them a chance to to review their report and dispute any information they believe to be inaccurate. The Pre-Adverse letter should contain a copy of the report along with the ‘FCRA Summary of Rights’. After a final decision has been made not to hire, the employer must send a second Adverse Action letter, sometimes called “Final Adverse Action” or “Second Notice.”

Adrian Singleton, et al. v. Domino’s Pizza LLC
: In 2013 Domino’s agreed to pay $2.5 million to settle an FCRA class action lawsuit that alleged a consent form containing a release of liability, no ‘FCRA Summary of Rights’ given to applicant and no Pre-Adverse or Adverse action letter provided to applicant who was denied employment.

Pitt v. K-Mart Corp: In 2013 K-Mart agreed to pay $3 million to settle an FCRA class action lawsuit that alleged the company provided an outdated ‘FCRA Summary of Rights’ and no Pre-Adverse or Adverse action letter provided to applicant.

Reardon v. ClosetMaid Corporation: The case involves alleged extraneous information on the disclosure & authorization form and improper adverse action procedures. In December 2013 the court held that the presence of a waiver on the disclosure & authorization form rendered the document non-compliant under FCRA and ruled it was wilful, making the possible 1,800 class members eligible for payments that may cost the company millions.

Culberson v. The Walt Disney Company: The plaintiff in the case alleges Disney did not provide him with Pre-Adverse or Adverse action notices and his record had been expunged two years prior. The Adverse action process would have allowed him to dispute the information in the report. Please note, it is also important to ensure your background screening vendor verifies criminal records at the source to avoid reporting of expunged records often found in a database search. This case is still pending.

Gezahegne v. Whole Foods Market California, Inc: An applicant who was hired alleged non-compliance with the FCRA. He claims the online form freed those who requested the reports from liability and the form contained extraneous verbiage, including an acknowledgement that the application for employment does not create an employment contract, a statement that the applicant waives the receipt of a copy of any public record, and an admission that the applicant has not knowingly withheld any information. The class action nature of this case, if found to be valid, is certain to cost the company millions of dollars.

Rosales v. CVS Caremark Corporation: Plaintiff alleges CVS failed to have policies and procedures in place to provide Pre-Adverse & Adverse action notices. According to the charges in the case the hiring manager verbally indicated to applicant that a ‘hit’ was returned and she would not be hired without any other notifications. This case is pending.

FCRA class action lawsuits have the potential to be extremely costly. Plaintiffs can recover up to $1,000 per violation plus attorney fees, punitive damages and actual damages. In class action cases that involve thousands of people, companies may be out of pocket for millions of dollars due to FCRA violations that may be easily avoided. It is important that employers and hiring personnel keep these lawsuits in mind when developing and carrying out hiring procedures. Click here for more information about staying in compliance with the FCRA.