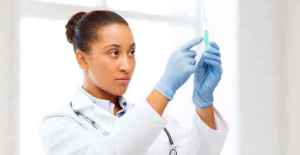 If you’ve been contemplating whether a drug screening program is the right choice for your company, the results of a recent study by Quest Diagnostics may help in your decision making process.

Analysis of the Quest Diagnostics Drug Testing Index (DTI) revealed that the percentage of American workers testing positive for drugs such as marijuana, cocaine, and methamphetamine has increased for the second consecutive year. The positivity rate for nearly 6.6 million urine drug tests increased overall by 9.3% from 2013 to 2014. In states such as Colorado and Washington, where recreational marijuana use was legalized in 2012, positivity rates for marijuana between 2012 and 2013 increased 20% and 23% respectively.

It might be easy to focus solely on positive marijuana results given its place atop the list of most commonly abused illicit drugs and constant presence in the news with more states looking to legalize or decriminalize it, but the Quest study shows that positivity rates for other drugs are increasing as well. For example, last year urine test positivity rose by 9.1% for cocaine, 7.2% for amphetamines, and 21.4% for methamphetamines. In oral fluid tests, the methamphetamine positivity rate rose 37.5%.

Given these disturbing upward trends of illegal drug use, you’re probably ready to start drug testing today! Here are a few questions to answer in order to get your program off to the right start:

1. What will your company policy be regarding drug testing? This is the first step to ensuring a consistent, clear, and safe program. The main article in this issue of “The Monitor” provides great information that will help you build your policy.

2. What types of tests will be included in your program? It’s important to understand the options available and what type of usage patterns the test targets.

a. Urine – This is the most widely used and cost effective screening method, and it is the only option recognized for federal DOT testing. Urinalysis typically measures use within the last 1-3 days, making it the most versatile screening option covering pre-employment, random, and post-accident testing needs.

b. Hair – This method is the best solution for detecting a pattern of repetitive drug use for up to 90 days. The detection window begins from 3-7 days after ingestion so this method is not acceptable for post-accident or probable cause testing, as it does not show current usage. Hair testing conducted under direct supervision requires collecting a small sample of hair consisting of 100-120 strands from the crown cut as close to the scalp as possible, so that only the strands of hair above the scalp are tested and not the hair follicle. This method is approximately twice the cost of urinalysis and presents collection challenges with donors who have a closely shaved head or are bald.

c. Oral Fluid – Compared to urine and hair testing, oral fluid testing is the best at detecting recent drug use. The typical window is from just minutes after use to 24-36 hours, making this most appropriate for post-accident, random or probable cause testing. In order for drugs to appear in urine, they must metabolize and pass through the system. The same drugs need to grow into the donor’s hair in order to be detected. An oral fluid test may often detect drugs in the donor’s system immediately after use.

Given the differences in detection timeframes and collection options, your program may be best served by including a combination of testing options based on the particular situations your company encounters.

3. What drugs are of concern? Understanding what drugs will be tested for is integral to ensuring your program meets the needs of your particular policy and industry. A typical 5 panel test looks for amphetamines, cannabinoids, cocaine, PCP and opiates. More expansive panels will include testing for barbiturates, benzodiazepines, propoxyphene, and methadone. It’s also very important to note that “expanded opiates” must be added to a panel in order to screen for Oxycodone. To see a list of drugs and their common names click here. (link to HI marketing packet drug name sheet)

The 2010 National Survey on Drug Use and Health reports that 66% of all illicit drug users over the age of 18 are employed either full or part time. This percentage would suggest that employers are at risk for having a drug abuser among the ranks. The Drug Testing Efficacy poll conducted by the Society for Human Resource Management (SHRM) in collaboration with the Drug and Alcohol Testing Industry Association (DATIA) uncovered many powerful statistics about the impact of implementing a drug testing program:

The cost to your organization’s morale, image and safety when there are drug abusers on staff can’t be overstated. A well-planned and implemented drug testing program has been proven to help mitigate that risk and damage.