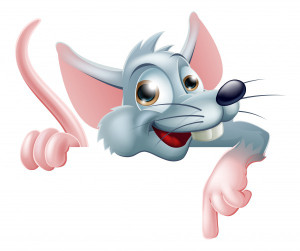 As we mentioned in January in our post Top 10 Background Screening Predictions For 2015, FCRA-related class action lawsuits are continuing to grow.  With no monetary cap and no requirement to prove actual damages, they represent a large and easy payout to plaintiff’s attorneys.  The restaurant chain, Chuck E. Cheese, has found themselves at the losing end of one such lawsuit.

On July 7th a Federal judge in California approved a preliminary settlement agreement for a class action lawsuit brought against the parent company of Chuck E Cheese, CEC Entertainment, Inc.  The settlement, which will cost CEC up to $1.75 million, claims that approximately 28,500 applicants in California were provided a background check disclosure that did not comply with Fair Credit Reporting Act (FCRA) requirements. Rather than being presented as a standalone form, as required by the FCRA, the disclosure was combined with another application document.  Additionally, the lawsuit also alleges that the disclosure did not include a check box for the applicant to elect to receive a copy of the background check report, as required by California law.

In the settlement, the issue with the form is described as follows:

Plaintiffs allege that Defendant violated the FCRA and related statues by using background check disclosure forms in its employment applications that contained extraneous information, such that the forms did not solely consist of the disclosure.

Of the 28,500 applicants that were provided the forms between March 24, 2012 and the preliminary approval date, the company took adverse action against 440.  These claimants will each receive $63 in addition to the $38 awarded to the others in the class.

Understanding the FCRA requirements through every step of the screening process is vital to the proper implementation of your program and cannot be overstated. Providing a disclosure in the correct format is just one component of compliance.