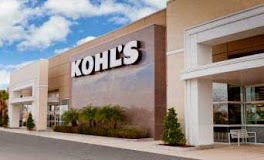 A federal judge in California has granted a motion to dismiss in the class action lawsuit COLEMAN v. KOHL’S DEPARTMENT STORES, INC. Former employees Kayoni Coleman, employed by Kohl’s in California from October 2012 to June 2013, and Diane Pemberton, employed by a store in Kissimmee, FL from mid-2014 to January 15, 2014, claimed that Kohl’s unlawfully combined the Consent and Disclosure used for background checks within the same packet as the employment application rather than making it a stand-alone as is required under the Fair Credit Reporting Act (FCRA).

The judge, however, found that the plaintiffs failed to prove that Kohl’s had willfully violated the FCRA and cited the plaintiff’s own admission that the Employment Application and Consent and Disclosure Form were two separate documents. A review of the documents submitted by Kohls as exhibits also made it clear to the court that they were two separate documents and the judge spoke to this clearly in the ruling:

In addition, the exhibits attached to Kohl’s motion papers also support this interpretation. Each form separately bears Pemberton’s and Coleman’s signature. The Employment Application is formatted in landscape, bears a separate title, and contains a separate form code. More importantly, the Employment Application appears to serve a different and distinct function. It requests certain employment-related information about the applicant such as basic identifying information, criminal history, and authorization and release for the company to “contact . . . employment references and personal references, as well as education institutions.” In contrast, the Consent and Disclosure Form is formatted in portrait, and bears a distinct title and form code. Neither party disputes that the purpose of this document relates to consumer reports only. It contains a disclosure and authorization provision, and also identifies other relevant information such as the consumer reporting agency and the consumer’s right to review the report obtained. Accordingly, on the face of these pleadings, Kohl’s appears to have provided two separate documents to Plaintiffs, in compliance with the FCRA.

While this ruling can be viewed as a win for employers, FCRA class actions lawsuits are becoming more common every day. Read about some high profile employers who have found themselves in lawsuits over easily avoided pitfalls here