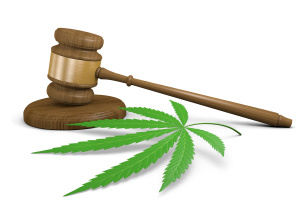 There was a time in the not-so-distant past when employers didn’t concern themselves with the after-hours “recreational” activities of their employees. Times have changed.

Although marijuana remains a Schedule I substance under the Controlled Substance Act (making it illegal under federal law), nearly half of US states had already legalized marijuana in some way prior to November 8, 2016. By the next morning, four states voted into law the legalization of recreational marijuana, including Massachusetts, California, Maine, and Nevada. Many employers are left wondering what this will mean for their HR policies. Employers long had the legal backing of the states as a silent partner in enforcing a drug free workplace, but that may now be in jeopardy.

Jokes about increased visits to the break room snack machines aside, this is a serious concern for employers looking to maintain a drug-free workplace, especially for those who operate in an environment with a required focus on employee safety. Although there is some legal gray area on actions taken in relation to discrimination laws and privacy rights, employers are still in control of their own drug policy destiny. In Massachusetts, for example, employers are awarded some protection within the language of the law and can restrict usage on the premises or within work hours, but where does this leave existing drug use policies that employers have already put in place?

Although recreational marijuana usage may be decriminalized at the state level, employers are not required to permit its usage and can maintain the same drug-free workplace policies that were established prior to the state laws taking effect. At the same time, that does not mean employers should be reluctant to revisit old, outdated policies. As new laws alter the employment landscape, it behooves all employers to continuously refine internal practices and consider drug testing policies a work in progress.

Drafting clear and distinct language regarding drug-related policies, and ensuring that employees have a firm understanding of what is expected of them, is the best way to avoid internal confusion during periods of transition. Employers with multi-state interests should pay particular attention to the individual state laws so that they are compliant in all facets of their operation. And for those employers determined to maintain a drug-free workplace, it’s vital to look at the types of testing being conducted as part of existing screening policies and see where procedures can be improved upon. Oral swab testing* analyzes the saliva of those being screened and can detect usage within 24 – 48 of implementation, helping to further identify when an employee last smoked marijuana.

With a new administration transitioning to the White House soon, many are wondering if the President-elect’s policies on marijuana will trump those of individual states in the future. In the meantime, however, it’s important for employers to familiarize themselves with the current laws that will directly affect their operations and adjust their own policies accordingly.

Being prepared for change is the best way to manage the results of change.

For more information on drug testing in a challenging legal environment, read our previous blog on the subject HERE.