Employers have long held the belief (and rightly so) that drug testing employees, both pre-employment and during employment, is an important tool in maintaining a safe and productive workforce.  This principle is especially true in high risk industries, such as healthcare or manufacturing.

Multi-state employers already struggle with differing state laws governing when an employer can require an applicant or employee to submit to a drug or alcohol test.  For example, is reasonable suspicion required?  Is post-accident testing allowed?  What testing methodology is permitted?  Adding to these various state laws is the fact that, depending on the circumstances, an employee’s alcohol or substance abuse may implicate disability obligations under the Americans with Disabilities Act (“ADA”) and state discrimination laws, as well as rights under state or federal Family Medical Leave Act (“FMLA”) laws.

A series of legal decisions limiting employers’ rights to enforce drug free workplace and testing policies in cases where an applicant or employee presented a valid state medicinal marijuana card has employers confused as to what they can and cannot do as it relates to drug testing.   The Massachusetts’ Supreme Judicial Court held that an employee fired after she tested positive for marijuana on a test administered in the hiring process could proceed with her “handicap discrimination” claim under the state’s anti-discrimination statute.  Barbuto v. Advantage Sales & Marketing, LLC, SJC -12226 (July 17, 2017).  A month later, the District of Connecticut followed suit holding that federal law does not preempt Connecticut’s medical marijuana statute’s prohibition on employers’ firing or refusing to hire qualified medical marijuana patients, despite testing positive on employment-related drug tests.  Noffsinger v. SSC Niantic Operating Co., LLC, d/b/a Bride Brook Health & Rehab. Ctr. (D. Conn. Aug. 8, 2017).  More recently, in the same case, the Court issued judgment in favor of the plaintiff on her claim under the state medicinal marijuana law; again, rejecting many of the employer’s defenses, including reliance on federal contractor status, which has historically been a successful argument for employers.   Id., 2018 U.S. Dist. LEXIS 150453 (D. Conn. Sept. 5, 2018).  Courts in Rhode Island, Delaware and New Jersey have followed suit with more likely to follow.

Adding to the complexities, more and more states are passing recreational marijuana laws or are likely to do so in the coming years.

While the state-specific laws and rulings governing employers’ obligations in managing employees who lawfully use medicinal or recreational marijuana are overwhelming and in flux, employers have options.  Employers should carefully examine their corporate goals, corporate culture, states in which they operate, workforce and other risks at play in creating and implementing an effective drug testing policy.  Doing so allows employers to meet the ultimate objectives of creating a safe work environment while mitigating against potential liability. 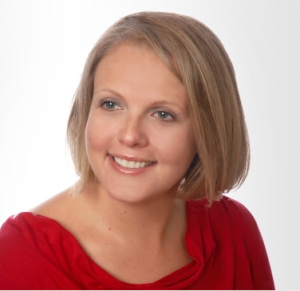 Sarah R. Skubas is a Principal in the Hartford, Connecticut, office of Jackson Lewis PC. Her practice is focused on employment litigation, preventive counseling and labor relations.

In addition to her employment litigation and preventive counseling experience, Ms. Skubas has broad experience in representing employers in labor matters, including negotiations, strikes, unfair labor practice charges and grievance arbitration’s. She represents public employers before the State Board of Labor Relations and the State Board of Mediation, as well as private sector employers before the National Labor Relations Board.