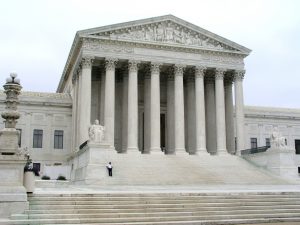 A California judge has recently ruled that Paramount Pictures Corporation has not run afoul of the federal law when it ran a credit report check on employment applicants, and has dismissed the class action lawsuit.

The lawsuit (Peikoff v. Paramount Pictures Corporation) alleged that, in 2011, Paramount had procured a consumer report on an applicant based on an ‘illegal’ disclosure and authorization form. The FCRA requires that a disclosure must be provided to an applicant stating that the consumer report may be obtained for employment purposes, and that the consumer must then authorize this in writing. The plaintiff accused Paramount of a potential FCRA violation because Paramount included this statement in its disclosure: “I certify that the information contained on this Authorization form is true and correct and that my application may be terminated based on any false, omitted, or fraudulent information. This one-sentence certification language that Paramount included in its disclosure form was found to have served to “focus the consumer’s attention on the disclosure.” The judge dismissed the case despite noting that Paramount’s form “did not comply with a strict reading of (the) requirement that the document consist solely of the disclosure and the authorization.” By using this language, the judge ruled that it did not act in “reckless disregard of the requirements of the FCRA.”

As we’ve stated before, a number of district courts have not always agreed on interpretation of the laws, so the outcome of an FCRA lawsuit is never guaranteed. However, why would an employer open itself up to the hassle and expense of a lawsuit by risking an FCRA violation? Although Paramount won, mounting a defense is costly and the outcome is not predictable, as evidenced by the 2014 Publix supermarket chain FCRA violation that paid out nearly $7 million in a settlement over a similar case to Paramount’s. Any company, no matter what the size or revenues, can prevent legal problems by making it a practice to strictly adhere to FCRA requirements in their hiring process.