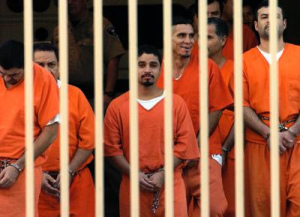 Does it make good business sense to hire someone who has recently been released from prison? Factors such as the nature of the crime committed, the amount of time served, and rehabilitation efforts all play a part in deciding whether or not to hire a person with a criminal record However, recidivism rates should also play a role in the decision making process to hire someone.

A large number of released prisoners go on to commit other crimes and end up back in jail again. This is something that should not be overlooked by employers or legislators pushing to create barriers for employers to look into applicants’ criminal histories. Certainly, not all released prisoners relapse into criminal behavior, but the percentages are staggering.

The Bureau of Justice Statistics has been releasing studies regarding the recidivism rates of released prisoners since the mid-1980s. The most recent study examined patterns from 2005 to 2010. The study entitled, “Recidivism of Prisoners Released in 30 States in 2005: Patterns from 2005 to 2010,“ examines the 5-year post-release offending patterns of 404,638 individuals released from prison in 2005.

On June 26, 2014, the House of Representatives held a committee hearing discussing the collateral consequences associated with a criminal conviction. During the hearing, Representative Jim Sensenbrenner from Wisconsin stated “There are several areas where I have serious concerns, most notably with regard to the argument advanced by many, including at least one of our witnesses today, that Congress should force private employers to ignore an employee’s criminal history when making a hiring decision via a Ban the Box and other legislative initiatives.” He raises an interesting and valid point in regards to the re-entry of persons with criminal records into the workforce. It makes sense that an employer would like to know and take into consideration the criminal history of a prospective applicant. However, various road blocks have been arising that prevent employers from doing this. Should employers really be responsible for the rehabilitation of released prisoners? Should they place their employees and their business at risk to do so?

Re-entry of formerly incarcerated individuals into the workplace is a societal issue that goes well beyond just the employment issue. Typical factors that prevent such individuals from succeeding in the workplace are alcohol and drug addiction, lack of training and education, strained familial relationships affecting home or work life, and mental or physical stress of the jail experience. Hiring managers and employers should be aware it is very difficult to determine if someone is truly rehabilitated after their release from prison and that, clearly, many go on to be arrested again which can put employees and customers at risk. While Hire Image supports efforts to aid the reintegration of released prisoners into our communities, it seems wrong that employers would be forced to overlook an applicant’s criminal history during the hiring process. It is our hope that legislators, business owners and social service leaders can work together to develop a mutually beneficial system designed to fix the problems that plague the re-entry of persons with criminal records into the workplace.