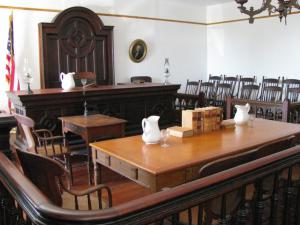 Two class-action lawsuits were filed last week against major car rental companies for alleged Fair Credit Reporting Act (FCRA) compliance violations. In both cases, the issues at hand pertain to the background screenings the companies run on prospective employees. The cases show the importance of compliance with the FCRA by both employers and background screening companies.

Hertz Corporation was hit with a lawsuit (filed in San Francisco on June 9) for allegations, among others, that its job applicants were not properly presented with the appropriate disclosure and authorization forms and a summary of their rights under the FCRA prior to having a criminal background check run on them. The suit also alleges the company did not follow proper pre-adverse action procedures as defined by the FCRA. Although Hertz outsources the pre-adverse action process to its third party background screening provider, Hertz is ultimately responsible for compliance in this area.

Similarly, in a lawsuit against Avis Budget Group  (filed in New Jersey District Court on June 9), the Plaintiff alleges that the company failed to provide the proper disclosure and authorization forms, and the form provided included a release of liability (prohibited by the FCRA). Apparently the company did not follow the proper pre-adverse action procedures as defined by the FCRA when basing its decision not to hire the applicant due in whole or in part to the results of the background screen.

Furthermore, the Plaintiff in the Avis case was allegedly flagged by the background screening company as having a “conviction” from 1985 for “consum[ing] malt beverage in passenger area.” In the State of North Carolina, “consuming an alcoholic beverage, in the passenger area of a motor vehicle … is classified as ‘an infraction,’” or a noncriminal violation. Under the FCRA, adverse information other than records of conviction of a crime cannot be reported more than seven years after the date of the incident. Because the infraction occurred in 1985 it should not have been included in the criminal background check.

Infractions, traffic tickets, sanctions, and other non-criminal activities are frequently found in nationwide “criminal” databases. Non-conviction information beyond seven years is clearly not allowed under FCRA , and cannot be included in a background screening report.

Both of these new lawsuits are reminders of the importance of companies maintaining FCRA compliance throughout their hiring processes.