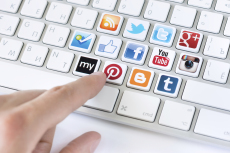 In our technologically advanced world, it is not surprising that employers take advantage of social media to recruit and hire potential employees. Many employers have turned to social media as a way to screen and monitor the behavior of both potential and current employees. From gaining insight into the type of person a candidate is, to determining if they present themselves in a professional manner, employers can gauge if the candidate is a good fit for the company. But just how practical and useful is this information, and what are the legal implications?

When information found on social media sites is used to screen or eliminate a candidate, risks of liability, discrimination claims, and non-compliance with regulations can arise. Many view the practice as being too invasive and problematic, considering the potential for discrimination and negligent hiring charges. According to the National Conference of State Legislators, in the past two years, 14 states have passed legislation preventing employers, schools or both from demanding access to social media. Twenty-eight states without laws in place are considering similar legislation. Not only can legal issues arise, but the practice is frequently perceived as an invasion of privacy and may turn off a well-qualified applicant.

Many companies have employment policies in place preventing recruiters or hiring personnel from learning potentially discriminatory information about prospective job candidates. Opportunities for discrimination claims can emerge when an employer or recruiter views an individual’s social media pages, exposing them to a great deal of information which may contradict non-discriminatory procedures. Through viewing social media sites, an employer can learn information about a candidate’s protected class that would not have otherwise been revealed. An employer could also learn other information about a candidate that may affect the hiring decision; for example, if the candidate participated in offensive but lawful off-duty conduct. If a lawsuit should arise and it is discovered that negative influencing information was learned during the hiring process, it can increase the possibility of potential liability. Negligent hiring and negligent retention lawsuits in relation to information from social media are not yet particularly common, but have the potential to be.

On the other hand, there are also instances when using social media is highly beneficial to employers who have just hired a new candidate. In 2009, Cisco Systems offered a woman named Connor Riley a position at their company. Not soon after, Riley posted this tweet:

“Cisco just offered me a job! Now I have to weigh the utility of a fatty paycheck against the daily commute to San Jose and hating the work.”

This public tweet was discovered on Twitter by a Cisco associate who offered to pass the message along to Riley’s hiring manager. Cisco, unsurprisingly, rescinded their offer of employment. Riley’s self-described “crass-sounding” tweet made her appear ungrateful and unenthusiastic about the job offer. Being a loyal and eager employee is something most employers look for and value in a candidate, and learning this information was useful to Cisco. In this situation, social media was able to shed a bit of light on the candidate’s character.

Utilizing social media for various reasons in hiring decisions is a very slippery slope. One of the best ways to avoid possible legal disputes is to rely on professional background screening companies, such as Hire Image, to manage your screening needs and who are aware of compliance requirements, helping you avoid unpleasant legal repercussions.

There are a number of pros and cons for using social media as a screening/hiring tool, and the issue as a whole is a bit of a gray area. It is important that hiring personnel tread carefully when doing so, as this is a complicated issue. Employers who wish to use social media to screen must be aware of the rights of applicants to ensure they stay in compliance with the law.