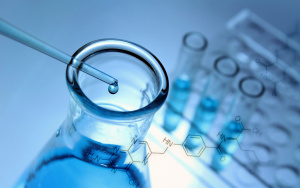 It’s understandable that the overwhelming shift in society toward a more lenient view of drug use can be construed as a sign that you should “get with the times” and abandon the rules that have kept your workplace safe for years. From the “greening” of America through the legalization of marijuana for medicinal or recreational purposes in many states, and governmental agency guidance that doubles as a thinly veiled threat, to the convergence of drug testing restrictions at various jurisdictional levels, it’s easy to believe that your drug testing program is just too much work.

The Occupational Safety and Health Administration (OSHA) published a final rule in the Federal Register last month titled “Improve Tracking of Workplace Injuries and Illnesses”, in which it is stated that “blanket post-injury drug testing could discourage employees from reporting work-related injuries or illnesses for fear of retaliation”. Perhaps you winced at the work involved with revising your policy to more subjectively apply post-accident testing rules. After reading the quote below, regarding how the courts interpret the application of state specific laws, no one could blame you for curling up under your desk and dreaming of a career where the hardest decision you’re required to make all day is what color umbrella should be used to decorate the mai tais.

“Both federal and state law in the area of employee and applicant drug testing continues to evolve. Earlier this year, the Eighth Circuit Court of Appeals ruled in the case of Olson v. Push, Inc. that Minnesota’s strict drug testing statute applied to a Wisconsin-based company that hired (and tested) an applicant in Minnesota to work in West Virginia. Specifically, the court held that the Minnesota law applies to any company “doing business in Minnesota.”  Multi-state employers need to look carefully at where they are testing applicants to make sure they are in compliance with local and state drug testing laws.”  — V. John Ella, Attorney & MSBA Certified Specialist in Labor and Employment Law at TREPANIER MACGILLIS BATTINA P.A.

Without a doubt, there is some work involved in order to keep your drug testing policy and procedures in step with current laws, but there is also plenty of evidence available that points to why it’s worth it. In the Substance Abuse and Mental Health Services Administration’s (SAMHSA) publication “Behavioral Health Trends in the United States: Results from the 2014 National Survey on Drug Use and Health”, it was reported that were an estimated 27 million illicit drug users in 2014. Twenty-two percent of the survey respondents aged 18-25 and 8.3% of those over 26 years of age admitted to using illicit drugs during the previous month.  Of the respondents 18 years of age and older, 10.6% of those with full time employment and 13.2% with part time employment reported to using illicit drugs in the previous month. Additionally, according to the Quest Diagnostics Drug Testing Index (DTI), the positivity rate for nearly 6.6 million urine drug tests increased overall by 9.3% from 2013 to 2014. In states such as Colorado and Washington, where recreational marijuana use was legalized in 2012, positivity rates for marijuana between 2012 and 2013 increased 20% and 23% respectively. In 2014, urine test positivity rose by 9.1% for cocaine, 7.2% for amphetamines, and 21.4% for methamphetamines. In oral fluid tests, the methamphetamine positivity rate rose 37.5%. It is clear that, without drug testing, your business can be at risk. In fact, the US Department of Labor has reported statistics about drug users and the toll they can have on the workplace.  Your employees who use drugs are:

When considering the risk these statistics pose to workplace safety, business reputation, and your bottom line, the effort involved with periodically reviewing your drug testing policies and procedures is fairly insignificant. Hire Image always recommends, first and foremost, that you consult with your employment attorney to ensure your program meets or exceeds the requirements of your industry, as well as the laws within the jurisdictions that govern your business practices.

To help kick off your policy review, Hire Image, in partnership with TREPANIER MACGILLIS BATTINA P.A. is offering a FREE webinar on Wednesday, June 15th –  “States With Unique Drug Testing Laws: What You Need to Know to Avoid Liability” .  During this 1 hour presentation, we’ll look at several state and local laws that have requirements reaching well beyond their borders, industry specific requirements, the future of drug testing, and much more. The webinar is pre-approved for 1 HR (general) re-certification credit through HRCI and is valid for 1 PDC for the SHRM-CP and SHRM-SCP.