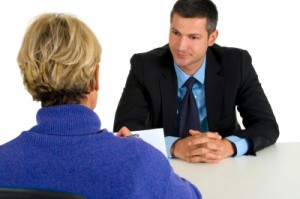 The process of hiring a new employee can be a lengthy and arduous task. It’s no wonder that after combing through hundreds of resumes, conducting dozens of interviews, and asking all the right questions to find the one perfect candidate for the job, human resource professionals breathe a sigh of relief when their background screening and verification report comes back ‘clear.’

A thorough pre-employment background screening, drug test, and verifications of education and employment can provide the peace of mind an employer needs to ensure their newest team member is a qualified individual with upstanding morals and a good character. But is that where such screening should end…. at the beginning? How do you know if your employee has remained a law-abiding citizen three or four years later? The only way to be find out if your employees have remained on the right side of the law is to continue screening them.

Recently, one of Hire Image’s clients experienced the unpleasant repercussions of hiring someone with a criminal history without having a continued background screening policy in place. The company hired a new controller in 2011 after performing a background check and finding out that he had a criminal history.

Efforts to give him a second chance came to an unfortunate conclusion in 2014, when it was discovered that he had embezzled tens of thousands of dollars from the company. It was also discovered that he was arrested on charges including possession of child pornography, receiving stolen goods greater than $1500, and tampering with a motor vehicle after he was hired. Had his employer performed regular or even periodic background screenings, criminal records would have been revealed, prompting a decision to reconsider his employment – perhaps preventing additional financial loss. Establishing a policy for ongoing screening of employees is a highly effective way for employers to have the most up to date knowledge about their employees.

Earlier this year, the Washington D.C. fire department experienced firsthand the need to continue screening employees. Previously, the fire department performed an initial background check on applicants, and relied on employees to self-report any arrests that occurred after they had been hired. In January, Fire Chief Kenneth Ellerbe issued a special order notifying employees that they had 10 days to report any arrests or driving revocations in the past three years or they would face termination. It was revealed that there were 14 employee arrests between October 2013 and January 2014 for charges including drunk driving, illegally carrying a firearm, drug possession, and arson. Had the Chief not issued that notice, it is likely that those arrests would never have been brought to the administration’s attention. It is important for all employers to continue screening their employees, and particularly crucial for safety sensitive positions. A firefighter with a second-degree arson charge is unacceptable and, unfortunately, employers cannot rely on employees to self-disclose this type of information. Performing annual screenings on employees helps maintain a safe working environment.

Another aspect of continued screening is drug testing. Although several industries have mandatory drug screening rules, such as drivers regulated by the Department of Transportation, employers not required to perform ongoing drug screenings may want to consider implementing a process to do so. Each state has different laws in place in regards to drug testing. Be sure to be aware of the laws in your state.

Ongoing checks of employees’ driving records should also be considered. One of the firefighters arrested in Washington D.C. was arrested for drunk driving and illegally carrying a firearm in his car. This would be vital information for an employer, particularly for employees in safety sensitive positions. If an employee is driving a company vehicle or drives as a condition of employment it may be wise to review their driving record annually.

Although human resource personnel work diligently to hire the most qualified job applicants, it is impossible to predict human behavior. Someone who may have had a spotless criminal record when they were hired could experience some hardships later that might lead them to participate in criminal activity. The only way to truly know for sure is to develop a continued screening policy. A professional background screening company such as Hire Image can help you create a continued screening program that will keep you better informed about your employees and help promote a safer workplace for all.