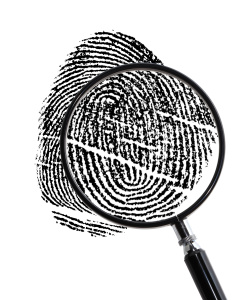 The terror and tragedy that Uber driver Jason Dalton brought upon the city of Kalamazoo during the evening of Saturday, February 20th is unimaginable.  His shooting spree, which took place at three separate locations around the city over the course of seven hours, left 6 dead and 2 wounded with the victims ranging in age from 14 to 74. Dalton, who is a married father of two and drives part time for Uber, randomly chose his victims in between picking up new fares.

When the story initially broke, news sources were quick to call into question Uber’s background screening procedures and, in particular, their use of a third-party professional background screening company rather than a fingerprint-based background check. One online media outlet even subtly implied in their headline that Dalton had a criminal history which wasn’t uncovered by the Uber background check. However, all information thus far indicates that Dalton had no prior criminal history, therefore no manner of background check, third-party based, FBI fingerprint or otherwise, could have uncovered information to keep him from getting behind the wheel for Uber.

The media attention given to background checks has increased exponentially as ride-sharing companies like Uber and Lyft have experienced rapid growth and expanded into cities all across the US. Unfortunately, the news stories that result from a horrific incident like the one that occurred in Kalamazoo often provide misleading information and perpetuate misconceptions about the background screening process. Foremost, the public is led to believe that if a background check isn’t based on the FBI’s fingerprint database then it is deficient and that fingerprinting is the only reliable option for uncovering criminal history. It’s important to understand the underlying factors that make this belief inaccurate.

FBI background checks aren’t available to all employers. Only those mandated by federal or state law to utilize the FBI database can do so. However, even if all employers were allowed to use the FBI background database, there are inherent deficiencies in the information available that would make it a highly ineffective and a risky solution by itself.

The FBI system was not built as an employment screening tool. Although many state and federal laws now mandate FBI fingerprinting to screen applicants and volunteers, the FBI system is flawed – and admittedly so. (See our previous blog post on this topic.) In fact, according to a a study published by the United States Government Accountability Office in February of 2015 , only 20 states reported more than 75% completeness when it comes to fingerprint records and 7 came in under 25%.  In addition to the less than 100% compliance with submission of information from the local agencies, many jurisdictions don’t fingerprint for all arrests. If the states do submit proper fingerprints, many of those records are never updated with the final disposition of the charge. An employer needs the full criminal history including the critical disposition information before making a decision on whether or not to hire an applicant.

Alternatively, professional background screening companies provide a more comprehensive view of the applicant’s background by utilizing multiple sources and techniques to gather information. Direct county, state, and federal court access to criminal records, combined with sex offender registry searches, terrorist watch lists searches, motor vehicle history, and verifications of past employment and education make for a much more thorough and reliable background check than fingerprints alone. While database searches are also often included in a comprehensive search package, relying on any single database, especially one known to be incomplete, as the sole source of information for uncovering criminal history puts companies and the communities they serve at risk. The bottom line is there is no one source for the most accurate background search, it is best to compile information from as many sources as possible to create the overall picture of prospective employee or volunteer.

In addition to the comprehensiveness of a professional background screen, there are many protections in place for the applicant or volunteer that are not found when FBI checks are utilized. When a professional background screening company conducts the search, the rules of the Fair Credit Reporting Act (FCRA) and Equal Employment Opportunity Commission (EEOC), as well as many state and local laws must be followed to protect the applicant.

As the conversation around background checks ramps up in the aftermath of this horrible crime, our hope is that the media and legislators will become educated about the myth of the fingerprint “gold standard” and realize that pressing for companies like Uber to rely on it for vetting their applicants will likely have unintended consequences that harm the community more than help it.

In the days and weeks that come, we at Hire Image wish the victims, their families, and the community of Kalamazoo healing from this immense tragedy.