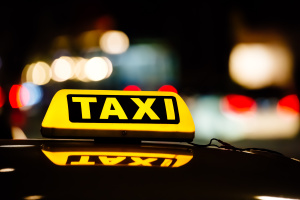 On April 7, 2016, Uber agreed to settle a lawsuit brought against the company in 2014 by the district attorneys of both San Francisco and Los Angeles. In the suit, the ride-sharing provider was accused of misrepresenting the comprehensiveness of its driver background screening process when the company referred to its service as “the safest ride on the road” or claimed its background checks were the most thorough in the industry. San Francisco District Attorney George Gascon and Los Angeles County District Attorney Jackie Lacey alleged that Uber’s lack of fingerprinting, which is required for taxi operators in California, gave riders a “false sense of security when deciding whether to get into a stranger’s car”

As we reported in our blog post when this suit was first filed, considering fingerprinting to be the “gold standard” when it comes to background screening continues to be a myth perpetuated by the media, legislators, and now the courts. The FBI has acknowledged that its fingerprint-based repository is limited and that it’s missing disposition information in about 50 percent of its records. Professional background screeners are well aware of this deficiency and, as a result, utilize a much more reliable set of tools, including direct court research across multiple jurisdictions, in order to build a significantly more complete picture of an individual’s criminal history. We talked about these tools in our blog post from last May What Constitutes a Thorough Criminal Background Check.

Uber has claimed no wrongdoing in the settlement, but have agreed to pay a civil penalty of $10 million to Los Angeles and San Francisco counties within the next 60 days. The company will be subject to a $15 million civil penalty if they don’t comply with the terms of the settlement over the next two years.