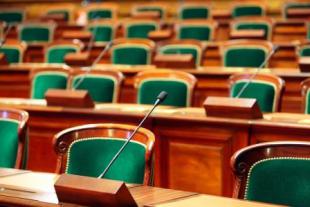 The years ahead promise a lot of legislative and regulatory activity on a range of fronts.  While we expect that the parties in Congress will fight over “big” issues like health care and immigration, both the Republican majority in the House and Senate and the Democratic President want to accomplish some goals over the next two years, and they will need buy-in and cooperation from each other to do so.

This legislative and regulatory push-and-pull will present a number of challenges and opportunities for the business community: challenges in that regulations and legislation could intentionally or unintentionally impose costs on businesses and operations. However, there will also be opportunities to help “shape” these proposals as they move forward.

Considerations about 2016 and positioning their parties in the Presidential and Senate races is going to drive most of the big picture legislative considerations of both parties over the next two years. Each party will try to take votes on issues that highlight their priorities (lower taxes for the Republicans and environmental protection for the Democrats, for example) and embarrass the other party. However, each party still wants to demonstrate the ability to “govern,” so it is unlikely that these fights will stymie efforts to enact legislation where possible.

In other words, the conventional wisdom is that this Congress is not going to accomplish much, given the very conservative House, the President’s immigration Executive Order and the focus on positioning for 2016. However, we expect that this Congress could be successful on a bipartisan basis in passing a number of bills in important areas. In particular, we anticipate that Congress and the White House will reach agreement on many bills that make the “trains run on time,” such as a budget and appropriations and the Medicare “doc fix.” Congress may also be able to pass several of “nice to have” bills, such as data breach notification and reauthorization of the Secondary Education Act.

There are several areas where Congress is likely to take a confrontational approach to issues with the Administration, including:

Areas of cooperation could include:

For simplicity’s sake, the types of bills that we expect Congress to take up are broken into several categories:

Legislation to repeal the Affordable Care Act and repeal or drastically reform the Dodd-Frank Act, along with other bills that are designed to force the other party to take an embarrassing vote, are going to be plentiful in this Congress.

We expect that there will be efforts to try to move legislation on a bipartisan basis on issues like tax reform and housing finance. The willingness of Republicans to make compromises with the Administration to get this type of legislation passed will likely depend in large part on their perceived electoral prospects in 2016 – if Republicans believe that they have a real chance of keeping the Senate and taking over the White House, that may reduce the likelihood of moving this type of legislation because they anticipate better outcomes with a Republican President. However, if they believe that Republicans may not only lose the White House, but the Senate as well, there may be a strong push to try to pass legislation before the election.

The third category of bills that we expect to see are important bills that demonstrate that Congress can keep the trains running – the budget and appropriations, as well as expiring provisions like the Medicare “doc fix” – where if Congress doesn’t act, the results are significant. A failure to pass these bills can be embarrassing and demonstrates a lack of an ability to “get things done.”

We also expect that these bills will be potential magnets for “compromise” provisions as they head to the Floor – bipartisan agreement is necessary to get to 60 votes to move these bills. This presents potential opportunities to have provisions added or removed from the underlying legislation. In addition, it also presents possible challenges because amendments may be sought that could be harmful to client interests.

Another category of bills are those that are “nice to have,” that a Member of Congress or constituency group feels is important. Here, there are two categories – high profile bills, like data breach notification legislation, patent litigation reform or telecommunications reform, which both the House and Senate Commerce Committees have indicated that they want to take up, as well as bills that are really only followed closely by certain groups, such as proposals to reform the EEOC.

The likelihood of bills like these passing is relatively high – they are below the radar, but a constant stream of bills sent to the President demonstrates an ability to govern and compromise for both parties.

While Congress will try to aggressively pass bills that the President has vowed to veto, such as changes to the Affordable Care Act and immigration legislation, and the President will likely pursue regulatory initiatives that Congress does not like, such as environmental restrictions, we believe that the Congress and the Administration will likely try to work together to find common ground in areas where they can.

The 114th Congress is going to be very active and very challenging, with lots of moving parts in Congress and the regulatory agencies. This presents both opportunities, for example to use a pending bill or regulation as a way to roll-back a regulatory challenge that your company may be facing, and challenges, as regulations may stymie business opportunities. Keeping abreast of those moving parts is difficult, and knowing when to take advantage of them or react can be difficult to ascertain. But ignoring them leaves the regulatory environment that your business will face in the hands of someone else.

Joseph Rubin, Counsel to Arnall, Golden and Gregory, is a 20 year public policy and legal affairs veteran. He focuses his practice on representing companies, particularly financial institutions and non-financial lenders, before Congress, regulatory agencies and in compliance matters.