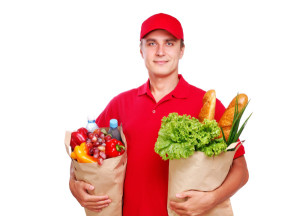 There is a movement currently taking place.

It isn’t rooted in politics.

It isn’t rooted in social change.

No, this movement is rooted in economics.

A recent study conducted by Intuit predicts that 7.6 million American workers will be independent contractors by 2020. Now, “independent contractor” isn’t a new term, nor is it a new concept. What is new, at least to the proliferation of a gig economy environment, is the growing implementation of digitization and a workforce, primarily driven by Millennials, that has evolving viewpoints on employment.

Rideshare companies like Uber and Lyft brought the idea of an on-demand workforce into the mainstream, but employment without a perceived long-term commitment goes beyond transportation. Many industries, fueled by the convenience of user-friendly apps, have embraced independent contractors. Hospitality (Airbnb), food delivery services (Postmates), and IT (HelloTech) are just a few of the consumer sectors being directly impacted by the flourishing gig economy. However, with such substantial progression (CNBC has reported that independent contractors have grown 27 percent more than payroll employees over the last 20 years), there is also a progressing concern.

Just who are these part-time gig takers?

Much attention has been brought to who is seated behind the wheel of rideshare companies, thanks in large part to a number of criminal complaints brought against drivers across the country. Uber, for example, does screen their pedal-pushing workforce, but screening is not a widespread practice utilized by companies reliant on the gig economy. This is especially alarming when you consider that many of these independent contractors are exposed to customers’ personal information, and in some cases, are invited into the homes and offices of end-users looking for cheaper alternatives to otherwise traditional consumer services.

Although technically not identified as employees, these part-time contractors represent the companies that they’re gigging for, and often times, are the only “face” of the company that the customer ever sees. If these independent contractors have a criminal history, or in the case of ridesharing, have drug or alcohol-related incidents on their records that could directly affect the safety and well-being of their passengers, the companies who employ them are doing themselves (and their customers) no favors in looking the other way or by not looking at all.

Comprehensive background checks performed on independent contractors can help keep the burgeoning gig economy safe for consumers, decrease the liability of the companies reliant on the on-demand workforce, and ensure that the movement itself is more of a long-term economic trend as opposed to a short-term flash in the pan.