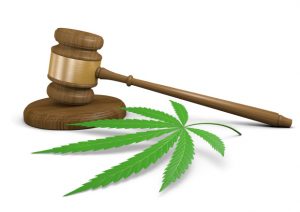 Recent court cases in Rhode Island and Massachusetts demonstrate that employers need to consider human resource and legal issues surrounding both applicants and employees who use medical marijuana. These cases not only complicate matters for employers who conduct drug testing for drug-free workplaces, but also create difficulty in reconciling their own safety policies with the courts’ decisions. With these decisions, an employer’s independent right to hire and fire become increasingly complicated when it comes to cannabis use.

Maintaining a safe and productive workplace is paramount for employers, and pre-employment and ongoing drug testing is key. However, tests for marijuana do not measure current impairment, making it nearly impossible for an employer to ensure a safe workplace. Some states significantly restrict the circumstances under which employers can drug test employees. As such, employers are increasingly finding themselves with no effective way to guard against impaired medical marijuana users and to protect not only that employee, but also those working with them.

In Rhode Island, a Superior Court Judge recently ruled on summary judgment that an employer violated the state’s medical marijuana statute when they refused to hire an applicant based on her use of medical marijuana. Callaghan v. Darlington Fabrics, C.A. No. P.C. 2014-5680 (May 23, 2017). The applicant disclosed to her prospective employer, Darlington, when she was applying for an internship that she was a medical marijuana cardholder and current user. She said she would likely fail the required drug test but would not use the substance on property. Darlington chose not to offer employment, stating that passing the drug test is a mandatory condition of employment since they have a drug-free workplace. The applicant sued under the Hawkins-Slater Act (Rhode Island Medical Marijuana Law) and the Rhode Island Civil Rights Act (RICRA).

The judge found that Darlington’s refusal to hire violated the Hawkin-Slater Act’s prohibition against refusing to “employ . . . a person solely for his or her status as a cardholder.” This finding differed from other recent opinions in which courts have rejected claims that refusing to hire a medical marijuana user constitutes disability discrimination. The judge rejected Darlington’s claim that RICRA excuses an employer from having to reasonably accommodate an applicant currently engaged in the illegal use of drugs as defined by federal law, and that they are not required to accommodate the use of medical marijuana among workers.

Other judges may interpret this situation differently and there is a chance that the Supreme Court of Rhode Island could overrule this decision. In the meantime, Rhode Island employers need to be aware of potential legal issues that can arise when dealing with applicants and employees using medical marijuana.

The Massachusetts Supreme Judicial Court recently heard oral arguments in Barbuto v. Advantage Sales & Marketing LLC et all, a case that questions an employer’s obligation to make accommodations for an employee’s off-site use of marijuana for medical purposes under the Massachusetts Anti-Discrimination and Medical Marijuana statutes.

The employee in the case started a new job and explained her use of marijuana in treatment of Crohn’s Disease to her new employer when asked to submit to a drug test.  She was terminated the following day after failing the test.  In making its decision, the employer reasoned that they follow federal law under which marijuana, for any use, is illegal, rather than state law.

The employee argued that she “should not be faced with the cruel choice of treating her disability or earning a livelihood.”  The Massachusetts Commission Against Discrimination (MCAD) also filed a brief arguing that the Medical Marijuana statute is meant to be liberally construed in order to promote equal opportunities in employment. This could have an impact on the outcome, as the court has traditionally given a significant amount of weight to the opinions of the MCAD.

On the other hand, the employer in the case argues that they should be able to take steps, including termination, to ensure a drug-free workplace, especially since, under federal law, marijuana for any use is against the law.

The current law in Massachusetts, while specifically not requiring employers to accommodate for on-site use of marijuana for medical purposes, is silent as to an employee’s off-site use of the drug. As such, the decision in this case should clarify an employer’s obligation, if any, moving forward in these circumstances.  A decision is expected in the coming months. For additional information, download the parties’ briefs.

The coming months should reveal whether these cases in Rhode Island and Massachusetts courts will impact employers rights to a drug-free workplace and whether other states will follow. In the interim, employers should review all of their policies and procedures with regard to drug testing, hiring and termination. They should also keep informed of any additional rulings and cases on this matter. One thing is certain – the issue of medical marijuana in the workplace is here to stay. 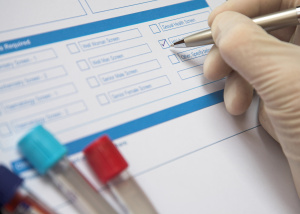 If your organization provides healthcare services, you already know that the nature of your business makes it inherently risky.  Whether we’re talking about a delicate medical procedure or billing for services rendered, danger exists. If you employ or contract with the wrong people the consequences could be costly.  A comprehensive healthcare-enhanced background screening program will help mitigate your risk, keep your patients safe, and protect your organization’s image by making it much more likely you will exclude those candidates with an unsavory past.

Because you’re providing services to vulnerable populations and billing governmental agencies that require a deeper investigation into the professional conduct of the providers and organizations that receive their funds, it’s required that your background screening process cast a wide net. In order to be in compliance under the Affordable Care Act (ACA) and to avoid civil monetary penalties (CMPs) for employing or contracting with excluded providers, that broad spectrum investigation must, at a minimum, determine if a provider appears on the Office of Inspector General’s (OIG) List of Excluded Individuals and Entities (LEIE). Seems easy enough right?  Unfortunately, OIG recently released a report showing that 12% of providers who were terminated for cause in one state continued to participate in other States’ Medicaid programs nearly 2 years later.  The issue at hand is that there is no single reliable source today for identifying providers who have been terminated from a state program and must be excluded from participation in any other state. This makes it mandatory to check all available state specific exclusion lists in addition to the LEIE.

To address this daunting task, Hire Image offers a comprehensive healthcare specific search called MedScan USA (available for both individual providers and entities). MedScan USA provides sanction information about medical providers, contractors, non-medical providers and organizations.  It also provides disciplinary action taken by state agencies, licensing and certification agencies for all 50 states and the District of Columbia and much more.  The data sources are from more than 1200 direct primary sources. Some of these sources include:

Some of the most common questions or concerns that arise with healthcare screening have to do with determining which persons or entities to screen and how often.  In the OIG’s updated Special Advisory Bulletin they provided guidance on these questions:

“…..review each job category or contractual relationship to determine whether the item or service being provided is directly or indirectly, in whole or in part, payable by a Federal health care program.  If the answer is yes, then the best mechanism for limiting CMP liability is to screen all persons that perform under that contract or that are in that job category”

Even with the MedScan USA product addressing the compliancy needs of a healthcare organization both for initial and monthly screenings, there are other components of screening that are needed to safeguard the workplace and ensure the best possible hiring decisions. Adding the following components will provide the additional information needed to build the most comprehensive screening program.

With the constantly changing rules and regulations in the healthcare industry, a comprehensive background screening program that both keeps you in compliance and your patients and employees safe requires frequent review. When was the last time you reviewed your organization’s screening program?  Contact us to learn how Hire Image can help streamline your processes and create the right screening program for your business.

Those most vulnerable need the most protection

Can you imagine the person hired to take care of your loved ones stealing their hard-earned money, personal information, or committing fraud in their name?

Neither could Leo Foster from Vicksburg, Miss. whose elderly mother was recently a victim of such a crime – a recent segment of the Rossen Report tells her story.

Similar crimes happen all the time in places perceived to be safe – hospitals, nursing homes, and even in your own home. Criminals, including identity thieves, target the vulnerable populations such as the elderly, children and the sick.

Don’t assume thorough criminal background searches are taking place to prevent these crimes. Some states, like Mississippi, don’t have laws requiring a criminal background check for administrative staffers in facilities with vulnerable populations. Many other states that have requirements for background checks limit the search to just their state. Offenders often cross state lines to carry out their crimes again. Little do you know, the bookkeeper you just hired could have a prior criminal conviction for fraud, or worse.

The Federal Trade Commission reports in the Consumer Sentinel Network Data Book that over 1 million fraud complaints were made in 2012 alone. With 2013 coming to a close, how can you help prevent this type of crime against the most vulnerable population, as well as employees working in your business office?

It’s far too easy for offenders to simply seek employment in another state.  Even if there isn’t a law or business requirement, it pays to be thorough. Conducting nationwide background checks, rather than just statewide searches that won’t reveal out-of-state convictions, is one way that you can help ensure the safety of your valued clients.

Hire Image has many industry specific screening packages, including one for Healthcare with specific search recommendations from our background screening experts.

Put the safety of your clients first to prevent what happened to Leo Foster from happening in your business.