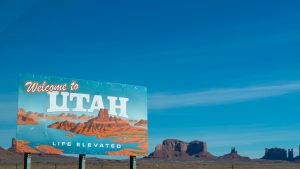 It was recently discovered that an executive working at the University of Utah made false claims to recruiters, lying about his employment experience, education, and professional associations on his resume. Among the many falsehoods, he had claimed he worked as an advertising guru for Old Spice and KFC. He also claimed to have worked high profile video games, and produced episodes of a reality TV show. All of these allegations were quickly and easily discovered to be false upon merely asking a few questions to those he formally worked with. However, the university recruiters had not run a background check when they had initially interviewed him. Had they done so, they would have uncovered the truth much sooner.

According to state records, he earns more than $200,000 a year in his publicly funded position. He is currently on “approved personal leave” as the university conducts the long-overdue investigation.

Do you have any questions about your own background screening processes? Do you wonder how much a bad hire ultimately costs you? Hire Image can help. Contact us to learn more about how a thorough screening package, including employment and education verifications, from the start can save you thousands of dollars in the end.